Posted by thegudeer.com on May 06, 2020
New York is the city that sets the tone for the major fashion weeks to come. It may favor grit and glamour over the certain joie de vivre that London, Milan, and Paris boast, but New York has its own certain power; it's a city of energy and individuality. This season, both the brands and the trands of New York Fashion Week Spring/Summer 2020 emphasize this: Fashion is not one size fits all. Labels eschewed traditional runway formats — Pyer Moss' show included a gospel choir; Tom Ford showed on a subway platform; and Rihanna's Savage Fenty show was presented in concert form — and designers presented collections that emphasized the idea of dressing for one's self, even when embracing the fashion cycle.

The rise of quirky trends like eye-catching puff details, child-like kitsch, and even the resounding embrace of ultra-loud orange all point to the fact that designers are challenging customers to embrace their quirks and push outside their comfort zones. New York's plethora of downtown indie brands excel here; they're finding ways to make tradition work for them, not the other way around. Men and women walked down many runways together dressed in clothes that belong to all.
Also worth noting this season is the shift in the seasonality of clothes presented. Editors, designers, and shoppers alike complain about the confusing nature of the trend cycle, and for the first time, it seems designers looked to remedy this for a larger audience. In September, you see spring and summer collections that arrive in stores in January — a bit obtuse for most. But for Spring/Summer 2020, many designers shifted their outlook, presenting more coats, boots, and moody hues than normal. With so many direct-to-consumer brands thinking about what products consumers need right now, the runway designers looking forward are still embracing a bit more of the consumer-focused view. Below, the eight trends poised to dominate six months from now.

You already know that florals are to be expected this time of year. But instead of the micro-florals that have been popularized by Instagram brands like Reformation and Rouje, the runway was bursting with oversize, abstracted florals, many of which had a more digital, modern feel. While Ulla Johnson and Marc Jacobs showed inkier versions. both Carolina Herrera and Prabal Gurung presented more summery iterations, seen below. 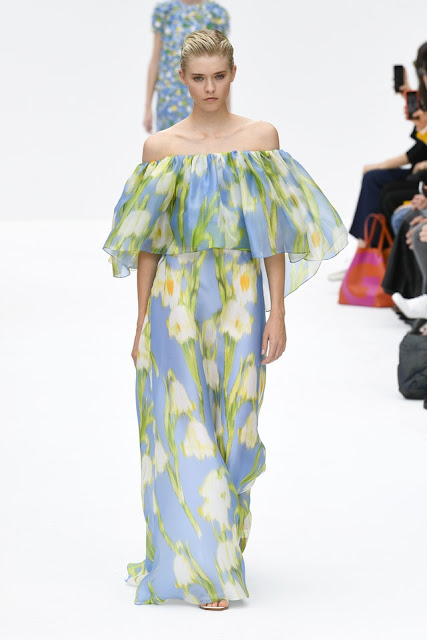 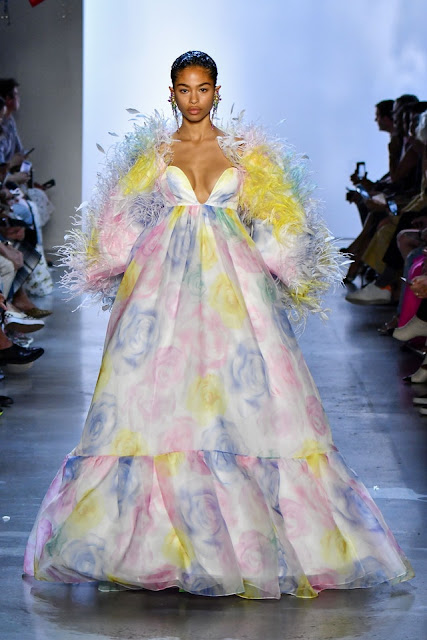 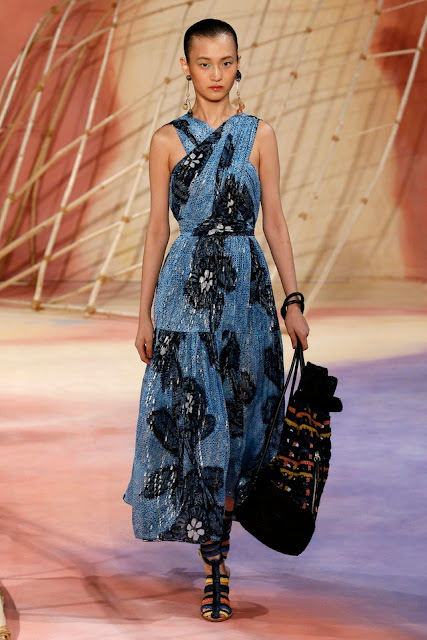 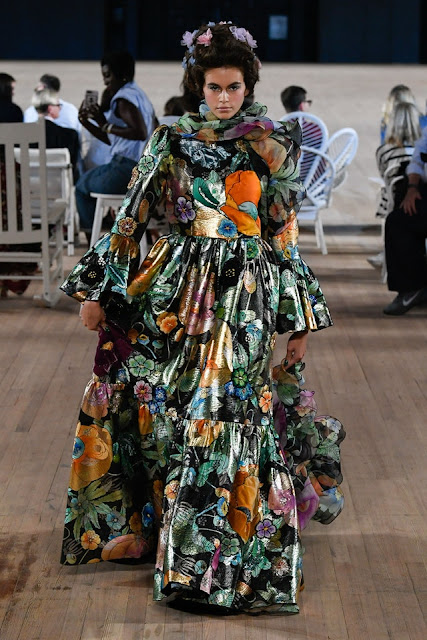 The crafted trend — which was big this year thanks to crochet and beaded jewelry — is back in fresh forms. More quilting is to come, sure, but also look for quirkier iterations like Gabriela Heart's incorporation of agate slices, and Collina Strada's lace-covered sneakers. 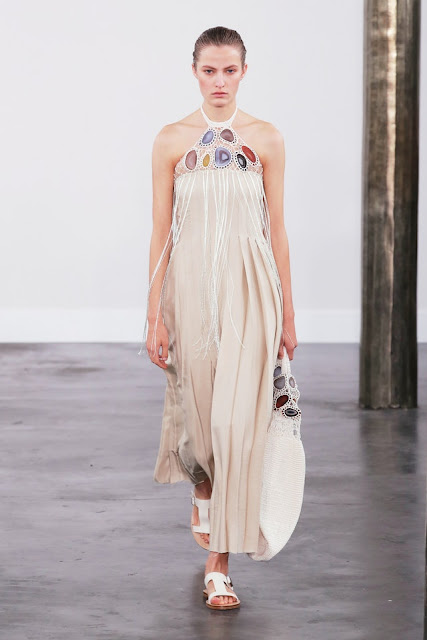 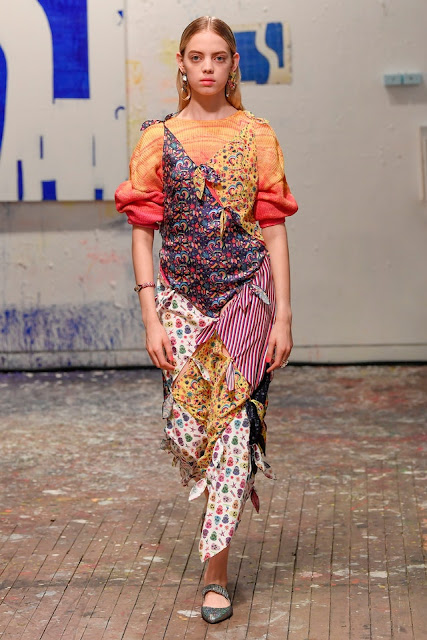 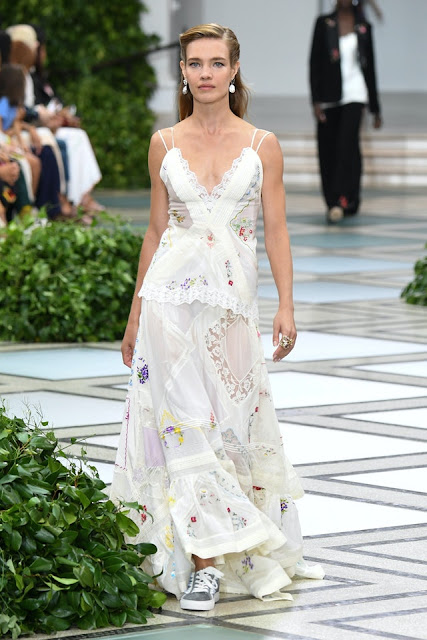 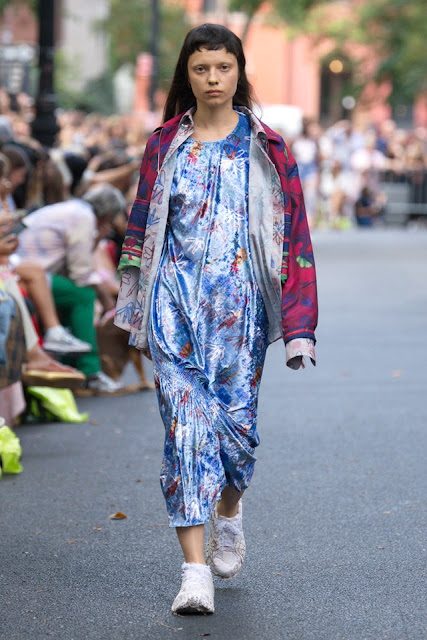 The most popular colors this season fell into two major categories: sweet, sorbet pastels, and bright eye catching neons. Shades of orange in both buckets appeared just about everywhere, including Oscar de la Renta, Eckhaus Latta, and Sally Lapoint. Often orange is considered one of the trickier hues to style since it's unmistakably loud, but for spring, there;s literally an orange for everyone. 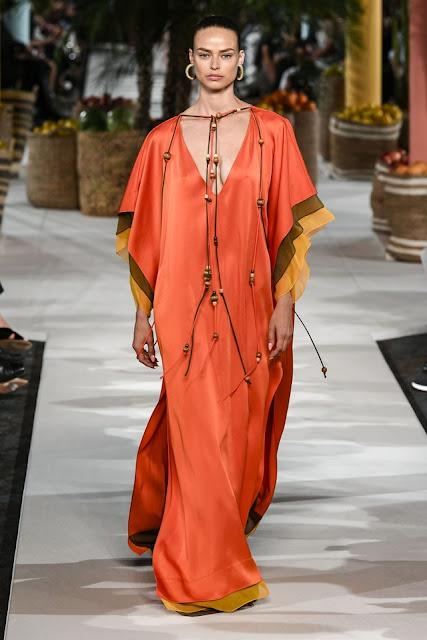 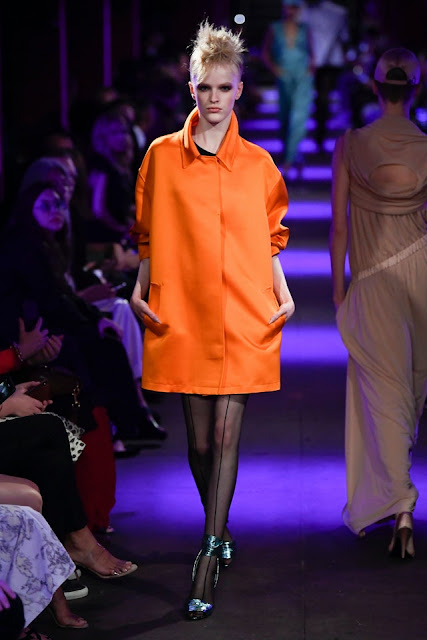 For the Fall/winter 2019 season, many runways were bursting with bright hues typically reserved for spring. This season, there's been a swap: Slick leather, heavy coats, and even muted jewel tones were all prominent this season. Some labels like 3.1 Phillip Lim opted for the head-to-toe leather already popular on the streets, while others like Michael Kors included an unexpected amount of outerwear. 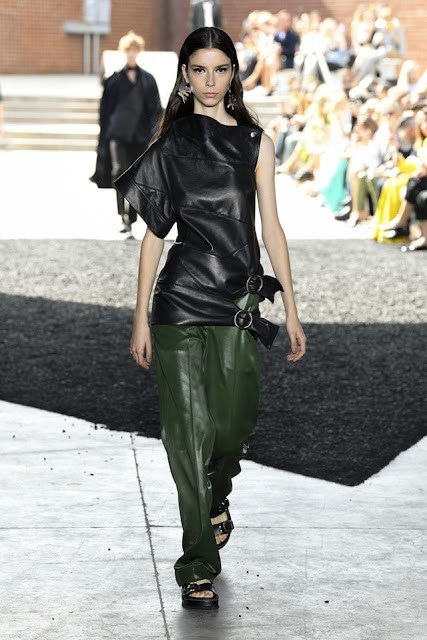 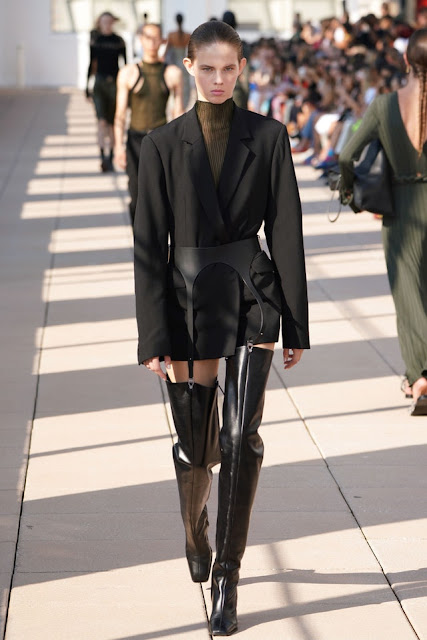 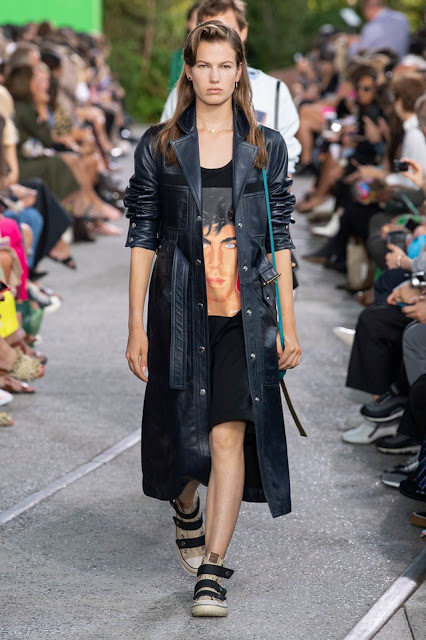 Glitz, glam, and glitter shone its way through all of New York — at shows uptown, downtown, and in Brooklyn all alike. While it showed up at brands often associated with brands that excel in evening wear — Ralph Lauren and Brandon Maxwell both come to mind — downtown labels like Area made it their own as well. 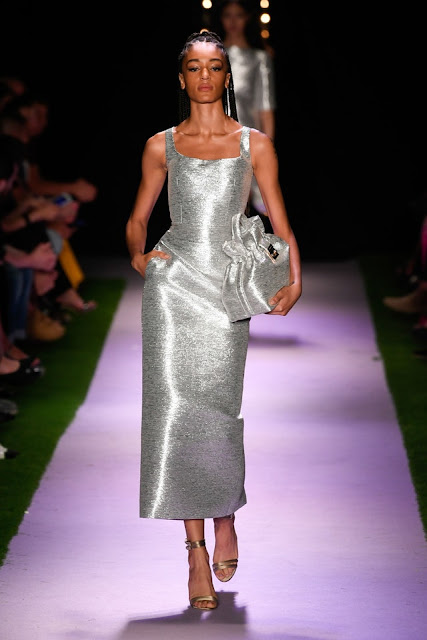 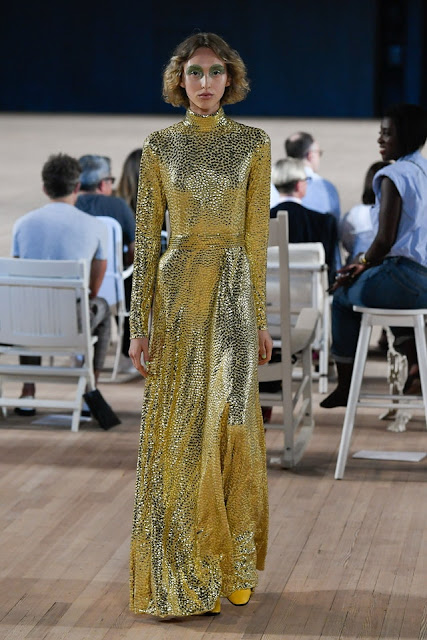 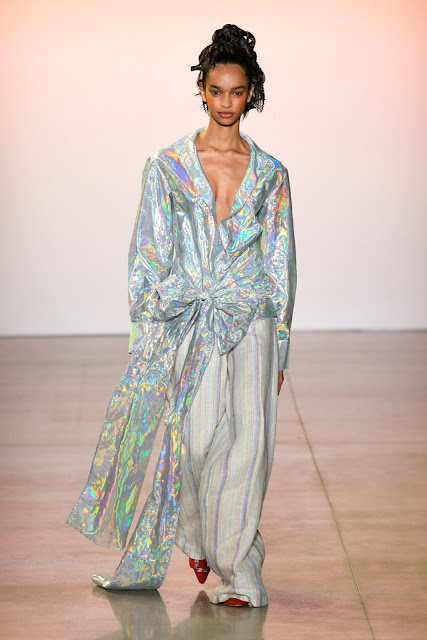 Whether you loved it or hated it last time around, the bubble hem is back for this spring. High-volume details, like Brock Collection's poof sleeves and oversize bow were undeniably elegant and girly. But the trend can work for more minimalist dressers too, as proven by Tibi's slightly-exaggerated shoulders. 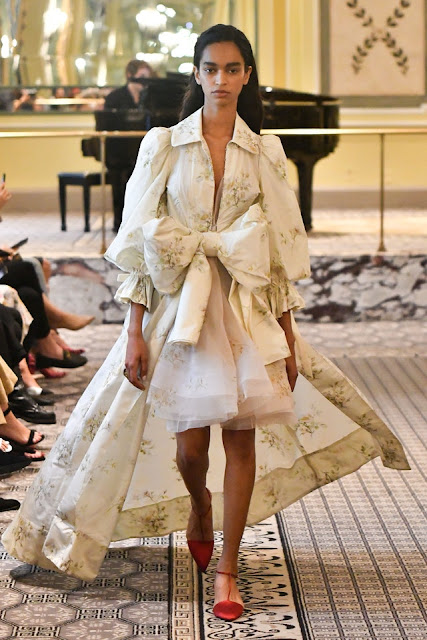 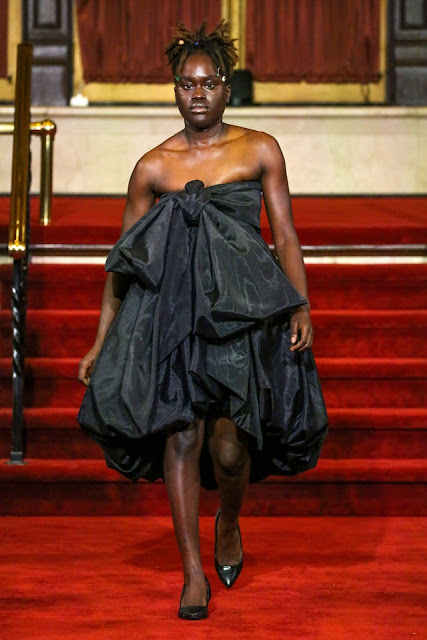 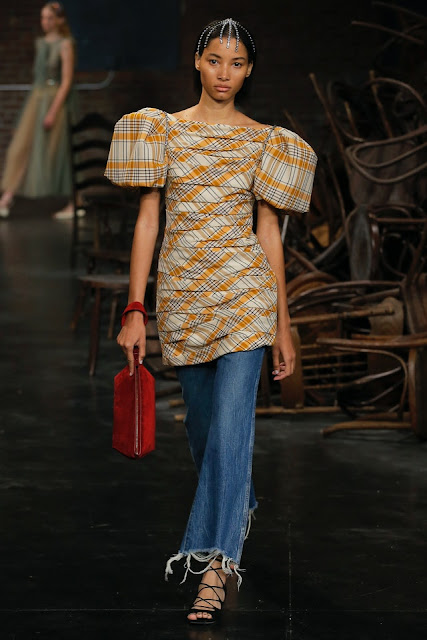 The sheer trend is very much a choose-your-own-adventure. For some women, that mean forgoing a bra or simply sporting visible underwear. For others, a sheer piece is the perfect layering tool: It adds intrigue and texture to a look while still letting whatever is underneath shine through. On runway like Maryam Nassir Zaddeh, Jason Wu, and Pyer Moss, it appeared both ways. 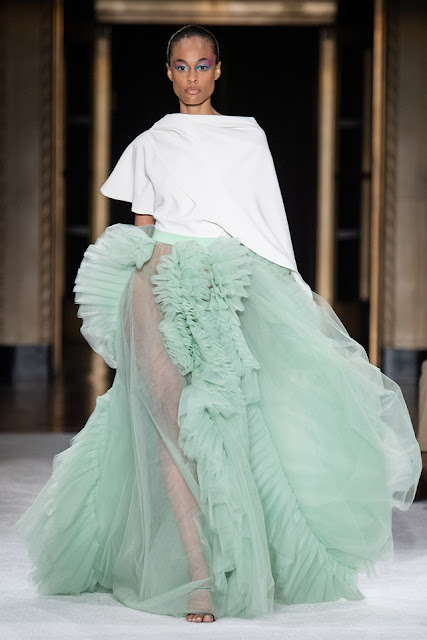 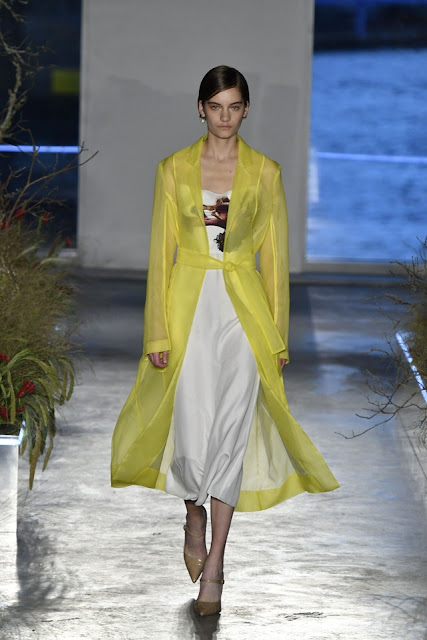 Practical dressers: It's time to break out your cargos. Utility dressing will be here this spring. There were the edgy iterations like those seen at Helmut Lang, along with those styled in a more pared-back feminine way like at Kate Spade. Whatever way you want to embrace the military-inspired practical look, it's there for you. cheap formal dresses 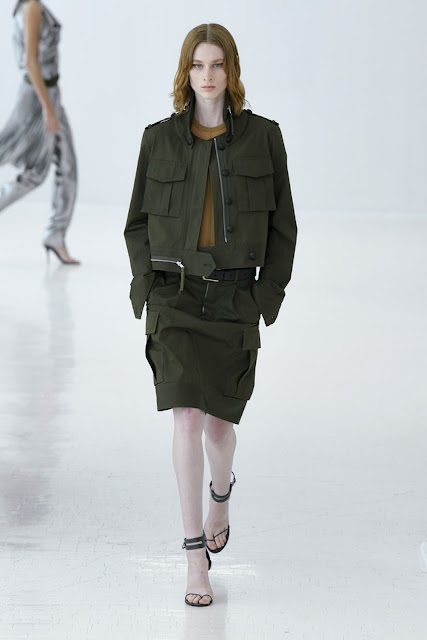 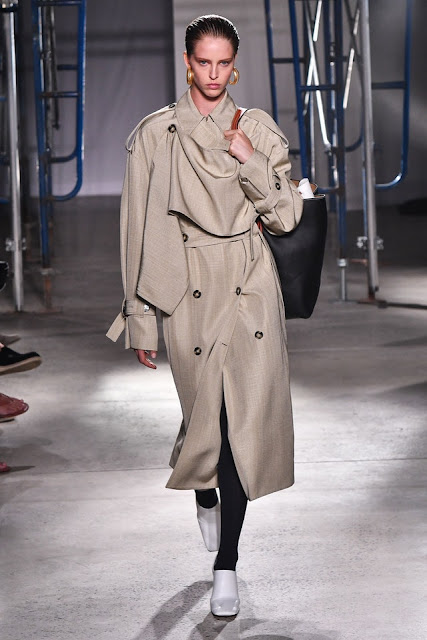 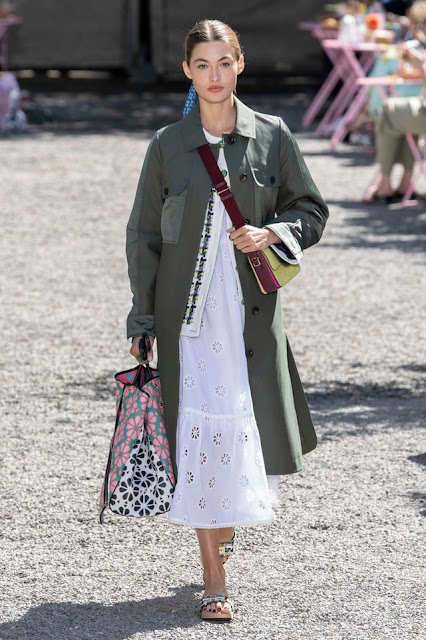 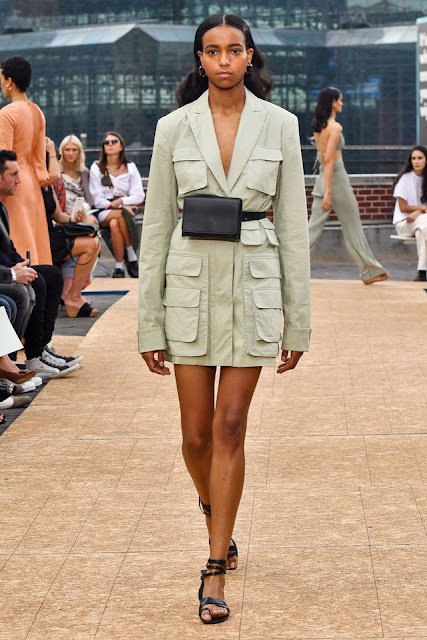